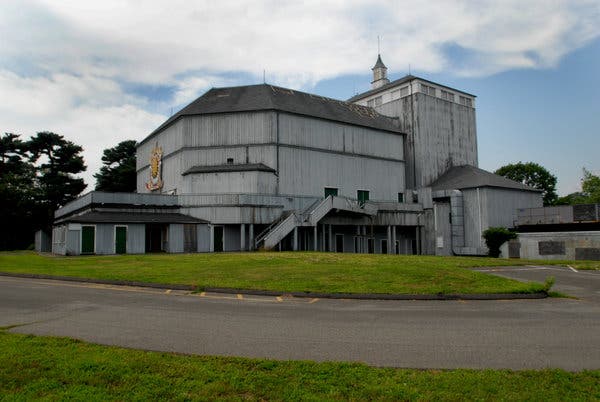 A Connecticut theater that was known for its Shakespearean productions and where Oscar-winning actors once took their bows was reduced to a smoldering mound of mangled steel after a fire early on Sunday morning, officials said.

The 1,500-seat venue, which was modeled after the Globe Theatre in England, opened in 1955 as the American Shakespeare Festival Theater, with teakwood donated by the French government and brass drinking fountains.

But while the stage once featured performances by the likes of Katharine Hepburn, Helen Hayes and Christopher Walken, the Stratford, Conn., theater struggled with its identity over the years and has been closed since the late 1980s.

In recent years, a group of supporters was working to revitalize the site, which sits on a wooded plot on the banks of the Housatonic River, where theatergoers once picnicked and children explored a garden with 81 species of plants mentioned in Shakespeare’s works.

The best things to do in N.Y.C. during the hottest season of the year. This limited-edition newsletter will launch before Memorial Day and run through Labor Day.

“It was a national asset,” said Beth Daponte, the chairwoman of a group that envisioned reviving summertime festivals and stage productions.

Throughout the day on Sunday, tributes streamed in online. On Twitter, the playwright Lin-Manuel Miranda called it “heartbreaking.”

Like many who grew up in Stratford, a town of 50,000, Ms. Daponte got her first job at the theater as a teenager and remembers watching the actress Lynn Redgrave in “Twelfth Night.”

Katharine Hepburn performed in a production of “The Merchant of Venice.”CreditThomas McDonald for The New York Times

For Ms. Daponte and the community members who worked to convince skeptics that the theater could be a useful tool for economic development, the fire was a “tremendous loss.”

To the dismay of some, the town has long been tethered to its English cousins.

In 1927, the mayor of Stratford-upon-Avon, England, visited the Connecticut town in a gesture of “friendship between one of England’s old historical, towns associated with the name of its greatest poet, William Shakespeare, and the town of its namesake in the new world,” according to a letter from the English town to its American counterpart.

The idea for an American Shakespeare theater was credited to the playwright and producer Lawrence Langner, who enlisted the help of Lincoln Kirstein, co-founder of the New York City Ballet, and the philanthropist Joseph Verner Reed. 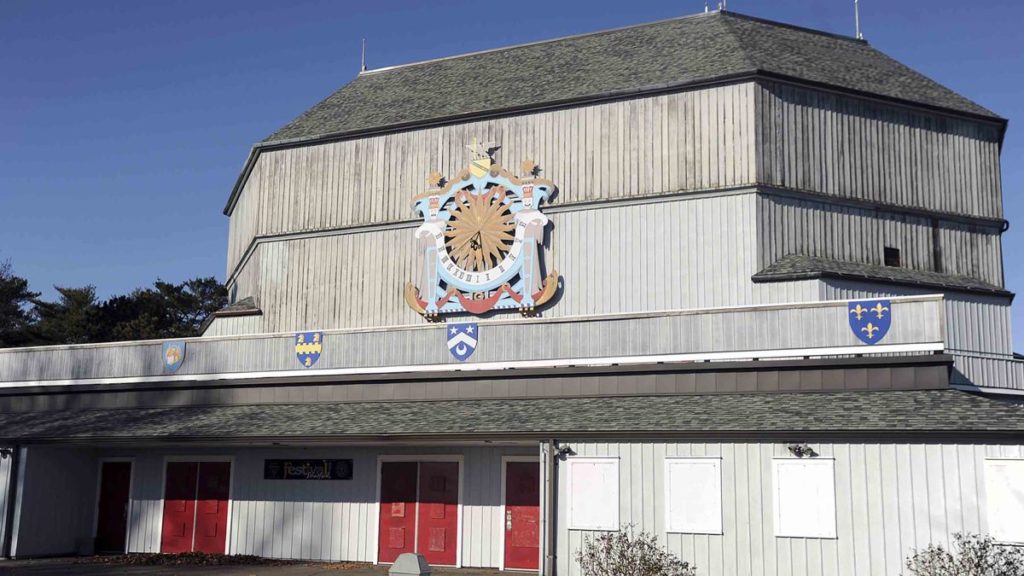 The theater was barely completed in time for its first performances of “Julius Caesar” in 1955. Christopher Plummer, Raymond Massey and Jack Palance (who later became host of the television show “Ripley’s Believe It or Not!” and an Academy Award winner for the 1991 movie “City Slickers”) took the stage for performances that The New York Times called “routine and uneven.”

Nevertheless, the theater became central to the production of Shakespearean plays in America.

By 1982, the theater had run out of money and benefactors, and the state took ownership. In 2005, the town reclaimed the deed and struggled to figure out what to do with it.

“You’ve got half the townspeople thinking it’s our legacy, it’s our heritage, it’s our privilege and responsibility to maintain this,” said Wendy Canfield, whose grandmother ran the theater’s costume museum and whose mother and two aunts had summer jobs there, told The Times in 2009. “And you’ve got a lot of other people who think of it as an arsonist’s dream, an albatross. It had its time, it had its place. All great things come to an end.”

A “ShakesBeer Festival” fund-raiser was organized as part of an effort to revive the theater. In 2017, Ms. Deponte’s group hired an architectural firm to mothball the site — which required cleaning out layers of mold and trash, and protecting it from squatters, including raccoons — so that a plan could be created for its future use. Supporters unsuccessfully sought state funding to install a fire suppression system.

No one was injured in the fire, which was reported around 1 a.m. Its cause was under investigation.

Howard Sherman, an arts administrator and advocate who worked at the theater in 1989, worried about its fate.