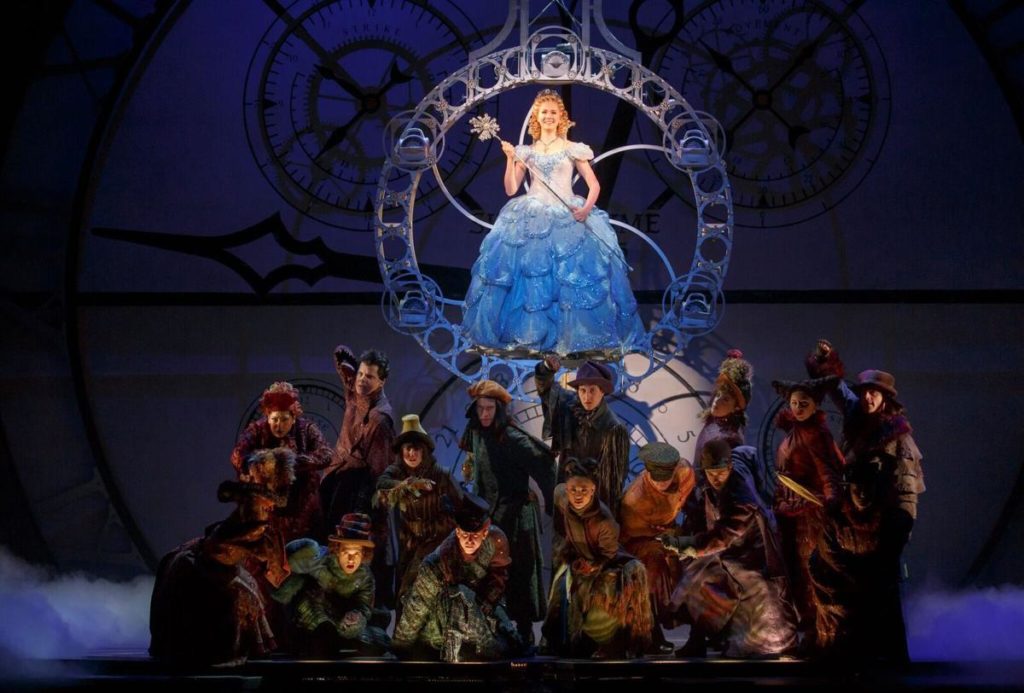 There’s no place like home. And the touring production of “Wicked” has apparently found one in Cleveland.

It may not come with quite the same regularity as the holiday season airing of the 1939 MGM movie “The Wizard of Oz” on the TBS cable television network, but the 2006, 2008, 2009, 2013 and current Cleveland visitation of the national tour of “Wicked” has certainly been met with the same enthusiasm.  And for very good reason.

The mega-hit musical, which premiered on Broadway in 2003, is based on the best-selling novel by Gregory Maguire and offers an unauthorized prequel to Frank Baum’s classic work. It provides an intriguing back-story of the green-hued Elphaba, who eventually becomes the Wicked Witch of the West, and the very blond Glinda, who is destined to become the Good Witch and guardian of Oz. It also offers insight into the making of the Wizard, the flying monkeys, the Tin Man, Scarecrow and Cowardly Lion.

Since Dorothy gets plenty of face-time in the film, it is only fitting that she makes little more than a token cameo appearance in this musical.

The show boasts Stephen Schwartz’s clever music and lyrics, including the spellbinding “Defying Gravity” and the touching “For Good,” as well as Winnie Holzman’s witty dialogue peppered with recognizable “Wizard of Oz” references.

It also has phenomenal production values. The tour, like the show still-running on Broadway, fills the stage with Eugene Lee’s gorgeous scenery that seamlessly flies in and out, Kenneth Posner’s elaborate and dramatic lighting, and wonderfully surreal costuming and wigs by Susan Hilferty and Tom Watson. There’s eye-candy and huge production numbers galore, complemented by rich sound from a 10-member local orchestra spearheaded by four touring musicians and conducted by the hard-working Dan Micciche.

The talent in the current cast is as exceptional as ever. Ginna Claire Mason, as Glinda, and Mary Kate Morrissey, as Elphaba, come fully equipped with world-class voices, astounding stage presence and plenty of previous “Wicked” experience. Morrissey toured in 2016 as the Elphaba standby and just recently took over the role. Mason has only been with the tour since March, but earned her stripes as Glinda’s standby on Broadway. 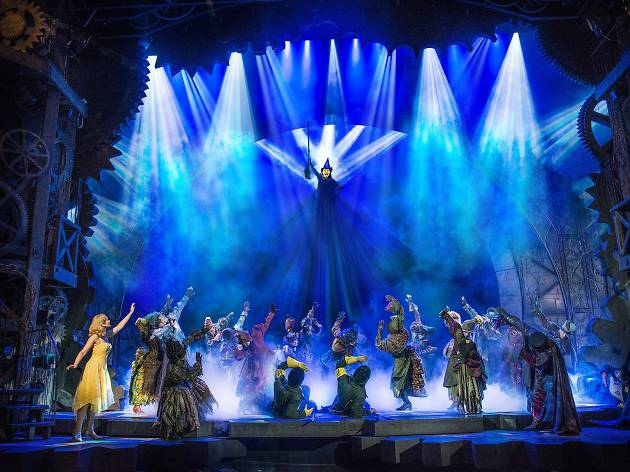 Other featured players, including Robin De Jesus as the lovable Munchkin Boq, Tom McGowan as The Wizard, Catherine Charlesbois as Elphaba’s sister Nessarose, and Isabel Keathing as the Wizard’s assistant Madame Morrible – are touring veterans while Jon Robert Hall as Ozian stud muffin Fiyero and plenty of ensemble players are relatively new to the tour.  This results in performances that are fresh and enthusiastic, which makes everything on stage seem spontaneous and new even for repeat customers.

Fresh and enthusiastic yet polished and professional is exactly what you want in a touring production of a hit musical.